Dr. Morgan is the Chief of Pediatrics at Windsor Regional Hospital.  She also acts as the medical advisor to the SAFEKIDS program and does the physical exams for all the children seen at SAFEKIDS.

Dr. Morgan completed her medical degree at the University of Western Ontario in 1988 followed by four years of pediatric residency at The Children’s Hospital of Western Ontario in London.  She became a Fellow of the Royal College of Physicians and Surgeons of Canada in 1992 and has practiced as a general pediatrician in Windsor since then.  She has been the Chief of Pediatrics at Windsor Regional Hospital since 2005.  She has also been the Pediatric Post-Graduate Academic Director for the Schulich School of Medicine and Dentistry, Windsor Program, since 2003.  She is regularly involved in teaching medical students and residents and has won several teaching awards.

Dr. Morgan wants to ensure that children who are victims of abuse are cared for with understanding and compassion and ensure that the medical aspect of their experience is as comfortable and stress free as possible. 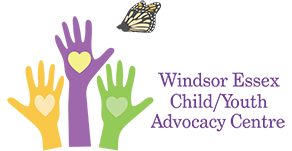 Spanish
Back To Top